TrackMaster is an online advertising measurement tool in China.

The following diagram shows the main objects in the API: 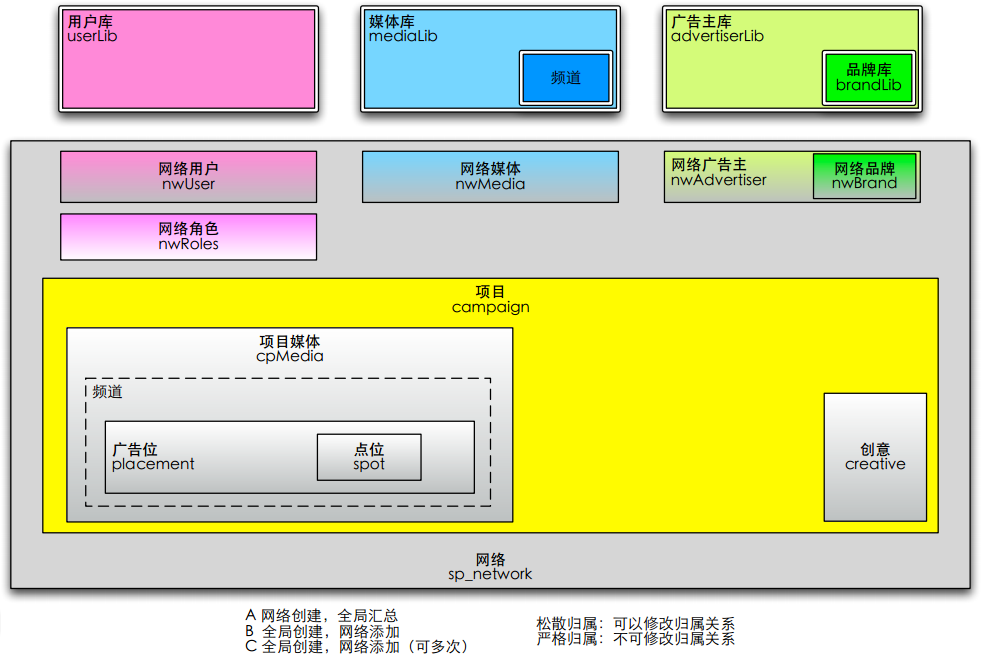 TrackMaster API maintains a global list of Media, called the Media Lib, with entries that describe each media’s information. You must add media from this Media Lib into a local list for your network. The local list is called Network Media.

* If a media you want to include in your local list is not present in the Media Lib, you can contact us.

* If an advertiser you want to include in your local list is not present in the Advertisers Lib, you can contact us.

A Placement represents a fixed block of ad space on a page. A creative is an advertisement, and a placement holds a creative. A placement provides the creative’s URL, its physical dimensions, pricing information such as CPM, CPC, and a few other properties. Placements can optionally be grouped into a PlacementGroup for media that sell placements in groups.

A creative is a wrapper for one or more files representing the advertisement. You can assign a default creative to multiple Ad objects from any campaign in your account.